The Survival Skills of Self – Decapitating Sea Slugs 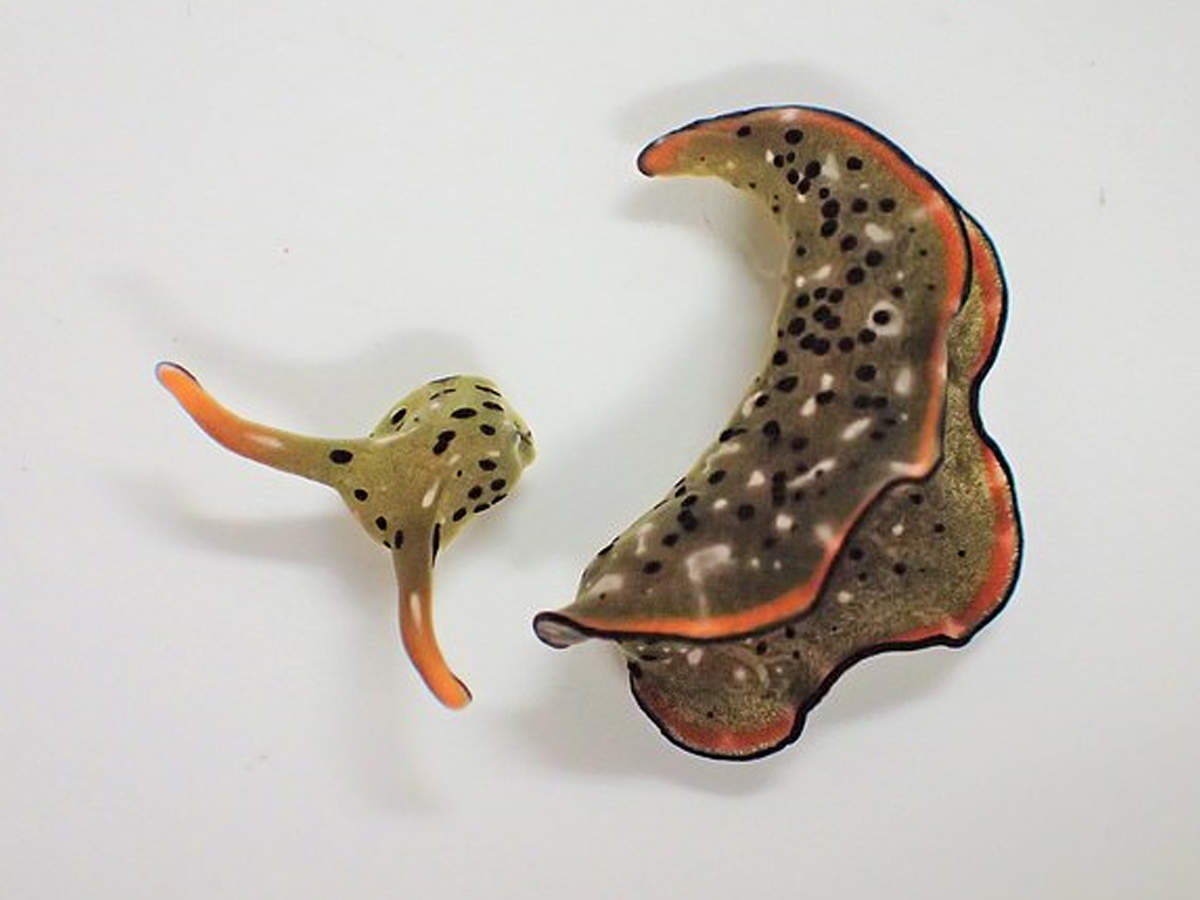 Regeneration has been seen in animals ranging from axolotls almost perfectly regrowing limbs to the remarkable reverse process of starfish regrowing an entire body from a lost arm. Although humans can’t regenerate whole limbs, we are able to regenerate our livers, lungs (to a limited extent), and it has been seen that embryos younger than 8 weeks old can fully regenerate a lost limb without a scar1. However, this is miniscule when compared to the discovery made by Sayaka Mitoh, a doctoral researcher at Nara Women’s University who saw a sea slug remove its head and regrow an entire body from the head down. The two slugs species that are able to do this are Elysia cf. Marginata and Elysia Atroviridis, with some individuals being able to carry out this taxing process twice! In the following article, I will be explaining what happens, how they survive and regenerate without vital organs, and theories as to why they undergo this self-decapitation.

After self-decapitation, the heads are able to survive autonomously for weeks and within three weeks, would have replaced 80% of its body that it had originally lost – including vital organs. The decapitated bodies are also able to live from days to months but there have been no signs of them being able to regenerate heads2. This autotomy is most commonly seen in younger slugs, with older slugs only surviving up to 10 days due to a lack of eating and therefore not regenerating.

How can they survive without vital organs?

These slugs come from the group Sacoglossans, which are also known as the ‘solar-powered sea slugs’. They were named this due to their very unique trait of being mixotrophic; this means that they use a mix of different sources of energy and carbon, therefore being able to both consume carbon like most animals as well as photosynthesise. This is due to kleptoplasty, which is the behaviour of stealing chloroplast from a food source and incorporating it into the consumer’s cells.

Kleptoplastic endosymbiosis is established by removing the cell contents of the consumed algae and discarding everything except for the chloroplasts. These chloroplasts are phagocytosed by digestive cells that are filled within the branched digestive tubules and are then stored in the cells that line the gut3. It is suggested that this ability allows the sea slugs to make food without their vital organs and allow the high-energy process of regeneration to begin. How the regeneration itself works is currently unknown but it is highly likely that stem cells play an important role in this.

Why would it self-decapitate itself?

There is currently no confirmed reason as to why they do this but by looking at other species that demonstrate similar behaviours, two theories arise:

This level of regeneration is personally very exciting. Will this discovery have future human applications?

2 (2021, March 8). This Sea Slug Can Chop Off Its Head and Grow an Entire New Body. Retrieved September 22, 2021, from https://www.scientificamerican.com/article/this-sea-slug-can-chop-off-its-head-and-grow-an-entire-new-body-twice1/

We are very proud to announce that Epsom College UK, has been judged “Independent School of the Year 2022” at the annual...
Article

By Yusi (Y8) The Federal Territory Amateur Fencing Association (FTAFA) Fencing Epee challenge was held on the 23rd and 24th of July...
Article

Please follow this link for the College Standard Operational Procedures (SOPs) for Covid-19 as well as related Q & A information. Covid-19...