How Do Traditional Boarding Schools Relate To ‘Gen Z’ And Future Generations? - Epsom College in Malaysia

Please follow this link for the College Standard Operational Procedures (SOPs) for Covid-19 as well as related Q & A information.

How Do Traditional Boarding Schools Relate To ‘Gen Z’ And Future Generations? 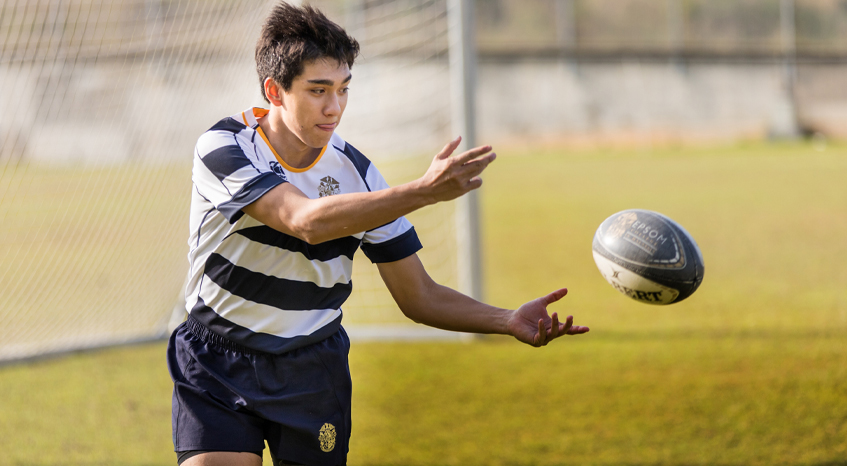 For any Physical Education pupil at A-level, avid fan of ‘Tom Brown’s School Days’ (a 1857 novel by Thomas Hughes) or student at Rugby School (UK) between 1828 and 1841, Dr Thomas Arnold will be an instantly recognisable name. At that time the British boarding school was somewhat different. In ‘Tom Brown’s School Days’ you will witness unruly behaviour and a school regime lacking in both morality and leadership. They were more often criticised for turning out young men a little less childish than when they had first arrived.

This changed over time, with the cult of ‘Muscular Christianity’ at the forefront of this change. In essence, sport was used as a tool to create new men with a less selfish view on society and the world. Through a healthy body, a pure mind could be created and protected from the lure of temptation. In ‘Tom Brown’s School Days’, this is best encapsulated by the move from betting and gambling, to rationalised team sports, which helped forge teamwork, leadership, communication and the moral fibre that still underpins British boarding schools to this day.

Much has changed, but at Epsom College in Malaysia (ECiM) the value of sports, the arts and House life is still integral to the development of emotional intelligence, just as it was when Dr Arnold looked over the iconic playing fields of Rugby School from his Headmaster’s study.

Much has also changed in society and we have moved on from the Baby Boomers, Generation Jones, Generation X (a great vintage), the Millennials and even Generation Y. We now sit in the tail end of the era of Generation Z, describing all those who will come of age between 2013 and 2020, and who grew up with a smartphone in their hands. In education, these pupils have a different sense of what learning may entail, especially with regard to technology and the value of face to face interactions over the virtual world. A social media obsession and low attention spans may perplex their parents, but one suspects being confused by the next youth movement has been a reality before these categories were even given a label.

So does the timeless, old fashioned, benefits and values of boarding have value in this new world? What counts for value in a world without walls, which is both virtual and real, limitless in size and reach and where social interactions have been redefined? As a parent and Housemaster, I would argue that boarding school ideals remain as pertinent today as ever before. The EQ developed through a boarding life (with attributes of independence, communication, leadership, teamwork and empathy), offers a counterbalance to the modern world. Furthermore, whilst these values are perhaps timeless, the modern boarding school still can support Generation Z with its varied curriculum, controlled use of technology and range of social, leadership and interpersonal experiences in and out of the classroom. A normal day would see a pupil sharing collaborative ideas with their peers and teachers via their devices during Prep time…only to then lead 70 boys in a Choral practice in preparation for a competition. Both experiences have value, particularly when merged into one educational experience.

Parents who visit ECiM, many who attended boarding schools themselves, seek the strengths of their own school experiences for their children. Whilst those in Generation Z shrug at their parents “old fashioned” attitude to education and modern life, perhaps we do not need to live in a world of absolutes and a sense of balance remains the key? Life at ECiM supports this balance and as a College we stand firmly behind our belief that our graduating alumni have one foot firmly in Generation Z, and the other on the playing fields of England in 1850. This is the very reason that traditional, but modern, boarding schools have such value in a modern society.

Perhaps, we need to ‘bitcoin a phrase’ for this hybrid generation – sorry. Generation XYZ? Generation Old School / New School? Ideas are welcome, so please send letters on a postcard, DM me, send a WhatsApp, arrange a chat over a cup of tea, but do not use Facebook as the pupils tell me that is now for old people!

While students may still be studying at home, College life continues as always. That means that the annual process of applications for...
School News

Once again this year, Epsom College in Malaysia’s students have secured offers to study at some of the world’s leading universities and...