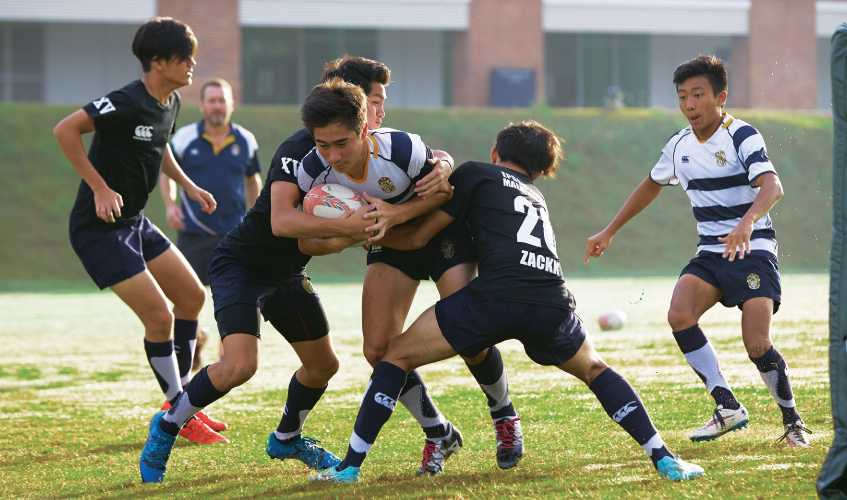 Epsom College in Malaysia is quickly establishing itself as a sporting centre of excellence. Athletes from various sports are training alongside each other in the College’s Sports Academy.

The Academy is led by current Malaysian Rugby captain Syahir Asyraf and supported by three other current sporting internationals. Syahir and his team work with all the athletes on a programme that addresses a number of aspects of sporting performance.

There are over twenty athletes currently in the Academy representing a wide range of sporting backgrounds. This has created an environment where individual successes are celebrated within the group, training and performance ideas are shared whilst each member strives to reach their full potential.

Members of the Sports Academy are also having a significant influence upon the wider sporting community at Epsom College. Many athletes offer coaching sessions in their chosen sport, organise internal leagues or are delivering seminars in various facets of sport. This has helped inspire many students and developed a whole College sporting philosophy of participation and building a healthy, active lifestyle.

Epsom College works with athletes to enable them to attend their regular training sessions and competitions off campus. The academic progress of each athlete is also closely monitored by staff with additional assistance provided if required. Sport scholarships are also available on request.